The World Championship is here! 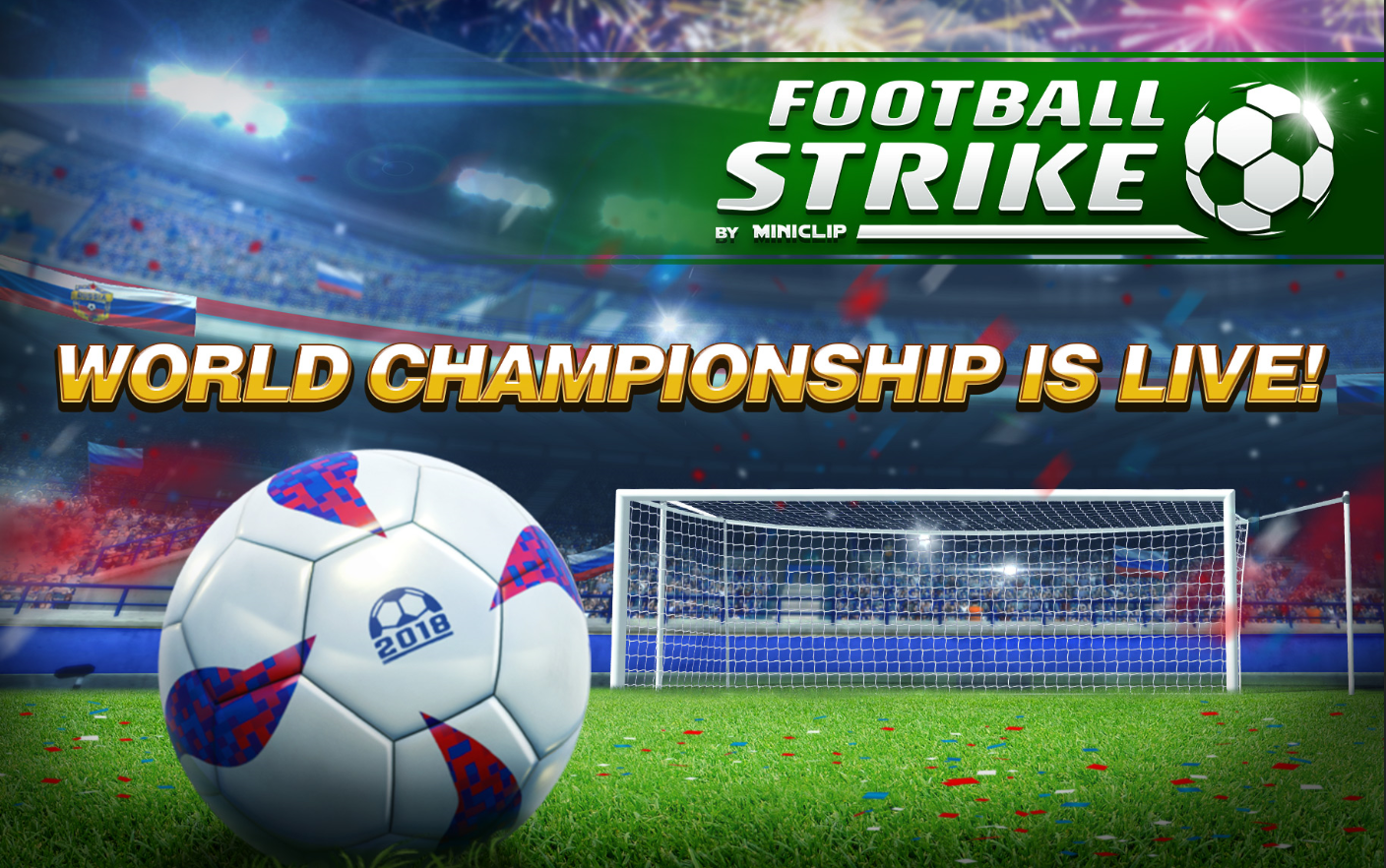 This is your chance to not only show off your skills, but also help get your country all the way to the TOP! Join the World Championship Tournament by using Football Strike’s Cash or Entry Tickets, which can be found by opening Bags. Once in the Tournament, you can choose if you want your next match to be either Shooting Race, a one-vs-one time-limited battle where you have to hit the targets in a fast-paced race for points; or Free Kicks, where you and your opponent take turns as both striker and goalkeeper, in a five turn match.

In each Tournament that you join, you will have the chance to win up to three different Cups – Bronze, Silver and Gold – that you can display in your Player Profile. Every time you win a Cup, you also receive Coins, Cards and Country Points. Accumulate five wins for a Bronze Cup; Get the Silver Cup, once you reach your seventh win, and lastly, the Gold Cup will be the reward for reaching 10 wins in the Tournament.

Country Points will help your country get all the way to the top of the World Championship Leaderboard! But don’t forget: Lose three matches in a Tournament and you’re out, and will need to use another Entry Ticket!

The Top Ranking Countries in the World Championship Leadeboard will receive amazing rewards for all players that contributed to their final position, and each Top Contributor from those Countries will get even better prizes! 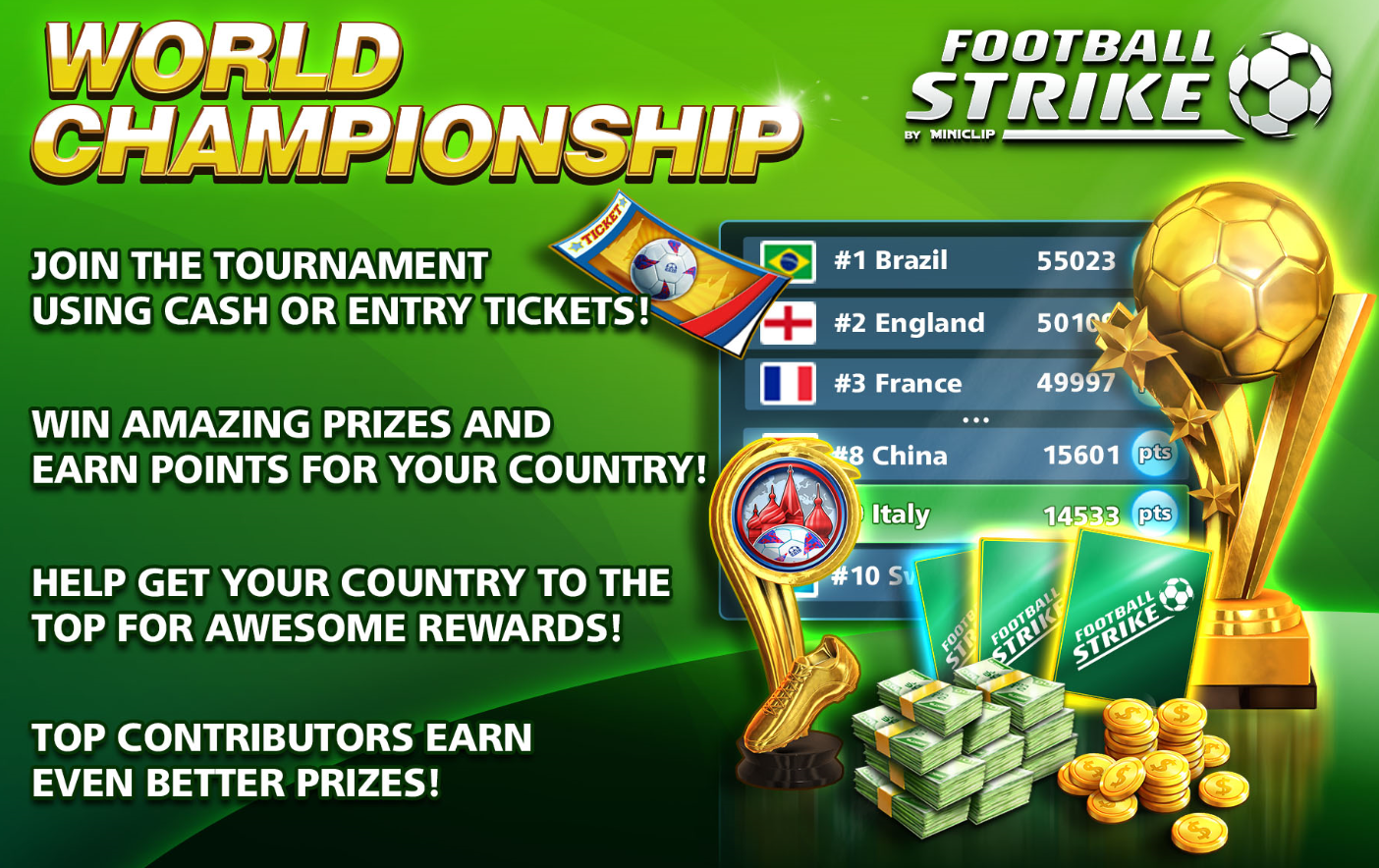 Think your Country is the best in the world? Time to prove it!